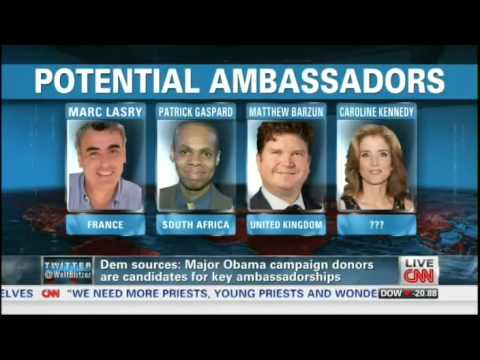 Sounds like Obama is giving sweetheart deals to people that dontaed to him on a large scale. Smells illegal and certainly should be a red flag to what kind of person Barack Obama is. Video below From CNN via Youtube: Obama Just More Of The Same On Appointing Big Donors As Ambassadors.