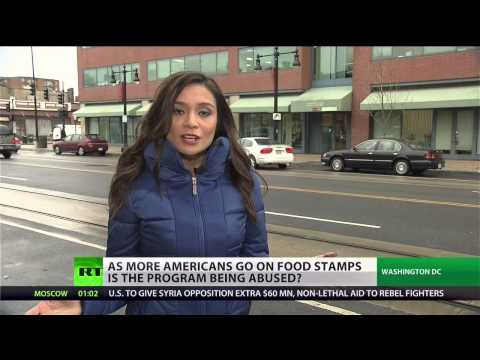 Since Barack Obama took office, the country has seen the largest rise of people on food stamps ever. An estimated 47 million people now depend on the Supplemental Nutrition Assistance Program to put food on the table. That’s one in five adults, and larger than the population of Spain. Since 2008, food stamp use has spiked over 50 percent and so have instances of fraud and abuse. RT Correspondent Liz Wahl reports.