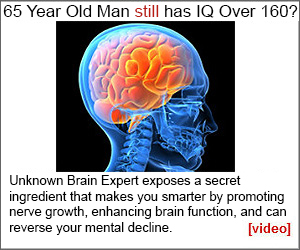 War, famine, mass extinctions and devastating plagues – all of these are coming unless some kind of miraculous solution is found to the world’s rapidly growing water crisis.  By the year 2030, the global demand for water will exceed the global supply of water by an astounding 40 percent according to one very disturbing U.S. government report.  As you read this article, lakes, rivers, streams and aquifers are steadily drying up all over the planet.  The lack of global water could potentially be enough to bring about a worldwide economic collapse all by itself if nothing is done because no society can function without water.  Just try to live a single day without using any water some time.  You will quickly realize how difficult it is.  Fresh water is the single most important natural resource on the planet, and we are very rapidly running out of it.  The following are 25 shocking facts about the Earth’s dwindling water resources that everyone should know…

#1 Right now, 1.6 billion people live in areas of the world that are facing “absolute water scarcity“.

#2 Global water use has quadrupled over the past 100 years and continues to rise rapidly.

#3 One recent study found that a third of all global corn crops are facing “water stress“.

#4 A child dies from a water-related disease every 15 seconds.

#5 By 2025, two-thirds of the population of Earth will “be living under water stressed conditions“.

#6 Due to a lack of water, Chinese food imports now require more land than the entire state of California.

#7 At this point, the amount of water that China imports is already greater than the amount of oil that the United States imports.

#8 Approximately 80 percent of the major rivers in China have become so polluted that they no longer support any aquatic life at all.

#9 The Great Lakes hold about 21 percent of the total supply of fresh water in the entire world, but Barack Obama is allowing water from those lakes “to be drained, bottled and shipped to China” at a frightening pace.

#10 It is being projected that India will essentially “run out of water” by the year 2050.

#11 It has been estimated that 75 percent of all surface water in India has been heavily contaminated by human or agricultural waste.

#12 In the Middle East, the flow of water in the Jordan River is down to only 2 percent of its historic rate.

#13 Due to a lack of water, Saudi Arabia has essentially given up on trying to grow wheat and will be 100 percent dependent on wheat imports by the year 2016.

#14 Of the 60 million people added to the major cities of the world every year, the vast majority of them live in deeply impoverished areas that have no sanitation facilities whatsoever.

#15 Nearly the entire southwestern United States is experiencing drought conditions as you read this article.  It has been this way for most of the past several years.

#16 Thanks in part to the seemingly endless drought, the price index for meat, poultry, fish, and eggs in the U.S. just hita new all-time high.

#17 As underground aquifers are relentlessly drained in California, some areas of the San Joaquin Valley are sinking by11 inches a year.

#18 It is being projected that Lake Mead has a 50 percent chance of running dry by the year 2025.

#19 Most Americans don’t realize this, but the once mighty Colorado River has become so depleted that it no longer runs all the way to the ocean.

#20 According to the U.S. Geological Survey, “a volume equivalent to two-thirds of the water in Lake Erie” has been permanently drained from the Ogallala Aquifer since 1940, and it is currently being drained at a rate of approximately 800 gallons per minute.

#21 Once upon a time, the Ogallala Aquifer had an average depth of approximately 240 feet, but today the average depth is just 80 feet. In some areas of Texas, the water is already completely gone.

#23 Because of the high cost and the inefficient use of energy, desalination is not considered to be a widely feasible solution to our water problems at this time…

The largest desalination plant in the Western Hemisphere is currently under construction in Carlsbad in San Diego County at great expense. The price tag: $1 billion. Right now, San Diego is almost totally dependent on imported water from Sierra snowmelt and the Colorado River. When the desalination plant comes online in 2016, it will produce 50 million gallons per day, enough to offset just 7 percent of the county’s water usage. That’s a huge bill for not very much additional water.

#24 We have filled the North Pacific Ocean with 100 million tons of plastic, and this is starting to have a very serious affect on the marine food chain.  Ultimately, this could mean a lot less food available from the Pacific Ocean for humans.

#25 One very shocking U.S. government report concluded that the global demand for water will exceed the global supply of water by 40 percent by the year 2030.

Sadly, most Americans are not going to take this report seriously because they can still turn on their taps and get as much fresh water as they want.

For generations, we have been able to take our seemingly endless supplies of fresh water completely for granted, but things have now changed.

We are heading into a horrendous water crisis unlike anything that the world has ever experienced before, and right now there do not seem to be any large scale solutions capable of addressing this crisis.

Hundreds of millions of people living in North Africa, the Middle East, India and parts of China already deal with severe water shortages as part of their daily lives.

But this is just the beginning.

If nothing is done, the lack of fresh water will eventually be deeply felt by nearly everyone on the entire planet.