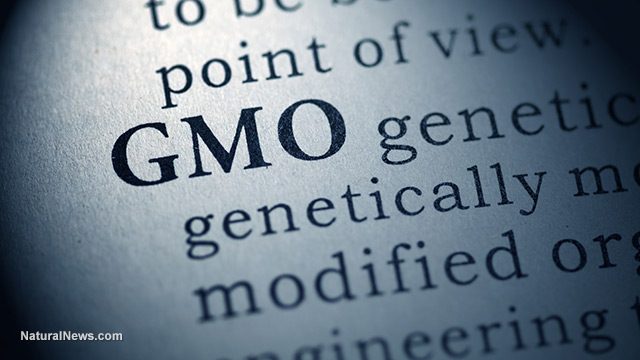 (NaturalNews) Remember I-522? For those who do not, in the year 2013, the citizens of Washington State gathered enough signatures to forward Washington Initiative 522 to the legislature. If passed, this law would have obligated food manufacturers to label genetically modified foods “clearly and conspicuously” right on the front of the package, for the whole world to see. No place to hide. However, the Grocery Manufacturers Association weren’t about to just sit idly by as the people decided what was right for them.

What the GMA did was to raise an incredible amount of money, $22 million to be precise, in order to convince citizens to say “No to I-522.” But did you know that half of that amount came from the very people who stand to lose if there is mandatory GMO-labeling legislation? At the time, neither did Washington State residents. Maybe if people had an idea of what was going on, I-522 would not have failed with an alleged marginal opposition of 51.09%.

The opposing campaign consisted of numerous media initiatives advocating against I-522 by stating that GMO food labels are pointless and that it will make food more expensive. Now, we know that’s not true. Even Campbell Soup admitted that adding a few words to food labels that are frequently changed anyways won’t increase prices. So why spend $22 million on defeating what The Seattle Times called an “emotion-based campaign to require labeling of selective food products”? Could it be that when consumers find out what’s really in their food and drinks, they’ll stop purchasing them? It couldn’t be more obvious that the opposition of I-522 is trying to fend off a lot more than citizens’ emotions. They don’t want to write “Genetically Modified Organism” on their products, because that would irreparably affect their sales.

So corporations like Monsanto, Bayer CropScience, General Mills, PepsiCo and Nestle decided they can’t just let this pass. They had to intervene, but in a manner that wouldn’t be apparent to the public. People know that the first to point the finger is the one who feels guilty. Consequently, they set up an illegal, separate committee in the GMA where they transferred the money. Then, half of the entire campaign’s worth, $11 million, was invested into the “No to I-522” counter-initiative. This way, money was laundered through the anti-labeling movement by the food corporations whose sales would have suffered if the proposition were approved.

GMA instructed all of its involved members to definitively answer “No” should they be asked by the media if they are funding the “No on I-522” movement. Their intention was painstakingly clear when the submission of an incredible 58 campaign-finance reports was delayed. Slightly bending the law, this failure to submit the paperwork on time prevented the public from finding out who was truly behind the operation until after the measure was defeated.

The corroboration between the Grocery Manufacturers Association and magnate food corporations was a well-devised plan to keep Washington residents from knowing the truth behind their shelf products. The group responded to the accusation saying that it was simply protecting its First Amendment right to behave “as a single spokesperson for the common interest of its members.” But when facts are omitted and registries arranged in a way so that who is truly behind an initiative is hidden, the nobility of such a concept as freedom of speech is tainted by profit-oriented corporate interests.

Senior Assistant Attorney General Linda Dalton declared that the penalty for this laundry business conducted by the GMA should be equal to what was invested in the campaign, $14 million. However, the Attorney General aims to prove that the association knowingly and purposefully disobeyed the law, which would triple the initial penalty. $42 million in damages paid by food manufacturers sounds better, but does it really cover the costs incurred by GMO foods in our health?