It is often said that “life imitates art.”  With the rapid development of computing power and technology, it also seems that life is also integrating with art.

Ever since the explosion of Hollywood and film industry at large, the future has been depicted with technological wonders and terrors alike.

Will our lives one day involve Hollywood technology seen with Predator cloaking devices, Star Trek virtual rooms like the holodeck, or even “virtual worlds” on the level of The Matrix?

Newer developments such as “face hacking” could be another facet which is taking humanity closer to a virtual reality more immersive than a computer screen or gaming console ever could. 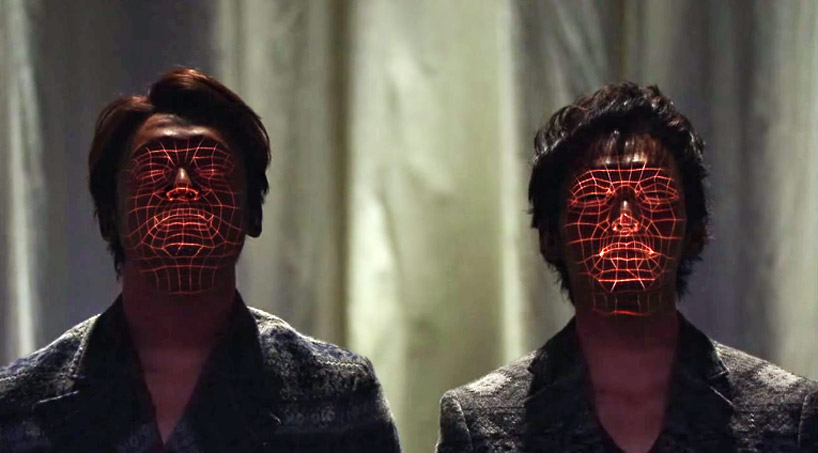 Just what is face hacking?

If you have not seen or heard of it, here it is in the YouTube video below…

Face-hacking, a subset within the broader technology known as projection mapping technology, is considered to be about a year old.  It is a technology struggling to be defined by descriptive phrases than a word or two.  Phrases such as “special augmented reality” or “video mapping” can be interchangeable with “face-hacking.  Sounds confusing?  It could be because language, developed over time, is having a difficulty keeping up with technological advances.

The newer tech jargon term, “face-hacking” is used to describe live, real time, projections made onto moving 3-Dimensional objects—specifically the human face.  The face, after the application of small sensors, essentially becomes a 3-Dimensional screen which interfaces back to a computer and complex projector system.

However, as mentioned earlier, face-hacking is really a subset of another, older, technology now known as projection mapping.

Entertainment uses of projection have been around for ages, in many ways rooted in centuries old pinhole cameras, Leonardo da Vinci‘s Magic Lantern, as well as the tripped-out psychedelic swirls of the 1960’s and beyond.

Projection mapping is the technology of projecting on a non-flat surface which can trace its popular application roots for a 3-dimensional effect back to none other than Disneyland’s themed ride known as The Haunted Mansion.

From static displays of the statues found within The Haunted Mansion in 1969, to a David Bowie tribute performed by Lady Gaga at the 2016 Grammy Awards, the technology of projection mapping is ever-evolving. Technology, Entertainment, and Illusion: Intel and Lady Gaga collaborated for a David Bowie tribute at the 2016 Grammy Awards.

Today, companies such as Christie are innovators within the projection mapping industry. On their website, Christie states the following about the technology’s use:

“Projection mapping is an exciting projection technique that uses specialized software and other technologies to warp and blend projected images so they fit perfectly on irregularly-shaped “screens” such as buildings, interior spaces and natural landscapes.  The result – almost any surface can be masked to become a dynamic video display of 2D and 3D images that can transform what is reality for the audience into illusions and images of infinite possibilities – ideal for advertising, branding, entertainment, public art, and trade show presentations.

It isn’t all just entertainment, fun, and games. One can quickly see cyber, military and security uses as well.

Companies like Christie, as well as better known defense industry giants such as Lockheed Martin, continue to invest heavily into virtual training with the mantra that it saves money and lives. The technology is projected for continued growth and utilization by the military. Meanwhile, combat simulators, have been using virtual scenarios and projection technology for training for some time now. Like other technological advances throughout history, seen in all aspects of warfare ranging from weaponry and explosives, to supply and logistics, the intended use of the technology is important. Technological planning and design are all done with an eventual outcome and purpose in mind. The same could be said for the printing press, rocketry, or projection mapping.

Inevitably, and hopefully, other considerations come to mind with new technologies.  How to spend one’s time, interacting with other humans, emotional development, and the potential to be manipulated through new interactive media platforms, are things that should be considered.  Most people probably do not want technological advances to be seen as consequences in retrospect.

How will jobs, entertainment, or even overall perceptions of reality change?

Will we get closer to The Matrix and farther from reality?

1999 film The Matrix: Morpheus informs Neo that ‘real’ can be defined as “simply electrical impulses interpreted by your brain.”

Check out the below video with 3-D projections on moving objects, blocks, walls, etc. It is more of an artistic short film or display and might not be on the The Matrix level – but you can see how virtual rooms or actual “holodecks” could be on their way to becoming reality.

With the above video, one can see the production value for concerts, plays, trendy night clubs, light shows against buildings or entire walls, as well as many other entertainment venues.

It might not be long before kids are threatened by parents with “no time in the virtual room until their grades improve!”