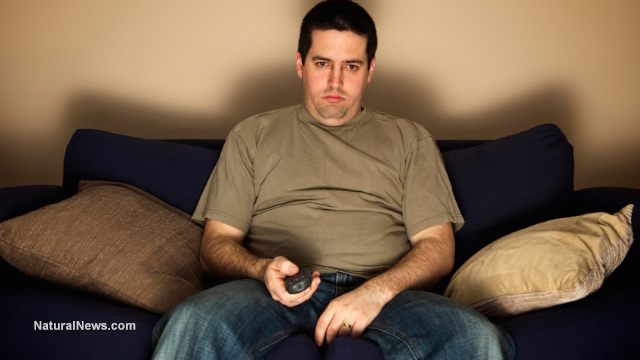 (NaturalNews) There are a lot of folks walking around in a bleary-eyed state of perpetual fatigue and an I-don’t-care-what-happens mentality. Chances are, you’ve witnessed these people yourself. They roll their eyes as if to indicate that they’re perfectly at ease with anything that happens around them, uttering trite sound bites like “whatever,” or “I can’t do anything about it anyway.”

Do you ever wonder why so many people exhibit such blatant nonchalance? Why is there so much apathy?

Well, experts now suggest that there’s a scientific explanation behind such blase attitudes, and guess what? It has everything to do with the junk food diets Americans consume, from the GMOs we eat, to the chemicals that we’re told improve crop quality, supposedly without posing a threat to health.

A nation of apathy, where people are told what to do, eat and think … yet do nothing to express concern

In fact, studies conducted at the University of California, Los Angeles (UCLA), have found that when it comes to people’s collective disinterest in society and self, we’re just like lab rats who have been physiologically manipulated. Like the rats, people have come to expect a certain environment and outcome, which they basically give in to and relinquish all control over. Whatever you feed and tell them is what goes – no questions asked.

On and on the vicious cycle goes, says Dr. Aaron Blaisdell, a professor of psychology at the UCLA/College of Letters and Science, and a member of UCLA’s Brain Research Institute. He explains that a group of rats who were fed a poor quality diet consisting of very high sugar levels, showed patterns of behavior that were similar to humans who eat in the same manner. The results, however, went beyond the physical changes that come with obesity, but had mental implications as well.

“Our data suggest that diet-induced obesity is a cause, rather than an effect, of laziness [apathy],” concluded Blaisdell. He stressed that a junk food diet causes people to become obese, resulting in fatigue.

The takeaway then, is that the fatigue and laziness caused by a horrible diet is what’s responsible for many Americans’ “who cares” attitude when it comes to poignant matters facing them. Ironically, one such issue involves the choices surrounding the foods they eat, from Monsanto’s cancer-causing herbicides being sprayed on foods, to those who oppose GMO food labeling. We know we should eat healthy foods, but time and again we’re delivered skewed studies, presented with false data, or given the so-called “facts” despite pertinent details purposely being omitted.

Maintain your right to know about better health and better food, and to live as a self-sustaining individual

There’s also outright disregard for certain personal freedoms. For example, when Oregon landowner Gary Harrington started to collect rainwater on his property, he was sentenced to 30 days in jail and given a $1,500 fine. Officials maintained that his efforts violated laws (albeit very outdated ones), which oversee personal water use. No one owns rainwater, yet like the aforementioned rats, many people have come to throw their arms up in the air, no longer even trying to exert their rights to live as self-sustaining, healthy individuals.

Of course, other issues abound, including toxicity in the water supply, the dwindling bee population, vaccine injuries, and medical professionals who prescribe drugs when it’s not always necessary – to name just a few.

Unfortunately, apathy takes over, causing many people to have one hand in the potato chip bag, instead of on the computer keyboard signing a petition to prevent anti-GMO food labeling from gaining strides in the Senate.

It’s a seemingly never-ending loop, whereby the powers that be push for events to unfold in their favor, so bills are unfairly passed, vaccine injuries are dismissed and often blamed on bad parenting, and power hungry giants like Monsanto continue to insist that glyphosate is safe. And as long as the masses continue to indulge in high-sugar, chemically-laden junk foods, they are likely going to keep the wheels of apathy going, giving up any and all control that is rightfully theirs.

Sources for this article include: